In a move that is being welcomed by the family of 9/11 victim Geoff Campbell and their barrister Nick Stanage, the West London Coroner’s Court notified the family in a letter last Thursday that it would be making no objection to the family’s pending application for a new inquest into their son’s murder 20 years ago. In addition, wrote Acting Senior Coroner Lydia Brown, the court would not oppose the Campbells’ application at any future hearing in the High Court.

The neutrality of the West London Coroner’s Court — which conducted the first inquest into Geoff Campbell’s murder in 2013 and could have argued for the family’s recent application to be denied — removes a potential obstacle to having the new inquest opened.

The family’s application, submitted on August 26, 2021, is currently under review by UK Attorney General Suella Braverman, whose authority must be obtained in order for the family to apply to the High Court for an order granting the new inquest. Historically, the High Court has always granted applications that the attorney general has authorized to come before it.

The Campbell family believes its application easily satisfies the test for a new inquest to be opened based on two separate grounds: first, that there is significant additional evidence that was not considered at the first inquest; and, second, that the coroner at the first inquest did not conduct a sufficient inquiry, having concluded that the North Tower’s destruction was due to the airplane impact without considering any evidence as to the cause.

Richard's Guests are Al Magaleta and Christopher Gruener from Boston 9/11 Truth—and they have been at it for about 15 years—since 2007 when they hosted the great documentary by Sophia Smallstorm, “9/11 Mysteries”!

Chris is a licensed Mental Health Counselor, as well as a Marriage and Family Therapist, and has a masters degree in clinical psychology. We hope that he will bring that experience to bear relative to today’s topic—deep denial of 9/11 facts. He also volunteers on worthy charitable efforts such as the School Gardens project in Belize and bicycle related activities in cooperation with Bikes Not Bombs!

Al is a lifelong resident of eastern Massachusetts with 27 years of experience in residential and commercial real estate, property management, and new construction. He even ran his own international export company! If you listen carefully to the secrets you will learn how to manage your own 9/11 Truth group. And get this…they have even offered to help you personally!

‘The Unspeakable’ Is Here

‘The Unspeakable’ Is Here

Architects & Engineers for 9/11 Truth and Executive Producer William Hurt are proud to announce the release of The Unspeakable, a feature-length documentary by Dylan Avery.

The Unspeakable follows four families in their struggle to find the truth about the murder of their loved ones on September 11, 2001.

We believe this film has the power to open hearts and change minds in a way that no other 9/11 film has, so please do everything you can to share it widely.

Mick is the Litigation Director for the 9/11 Lawyers' Committee for 9/11 Inquiry (LC) and he helped us understand the complexities of the legal aspects of the grand jury petition in the Southern District of New York. He gave us insight in terms of where things currently stand, and advice on how we can best help the LC move forward as activists. 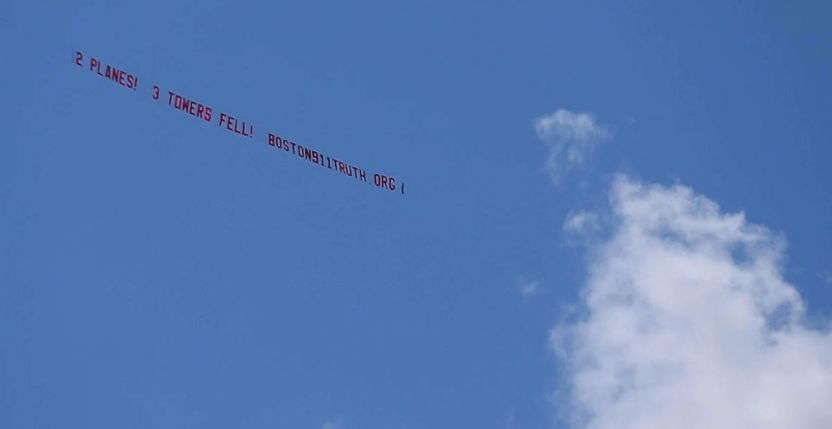